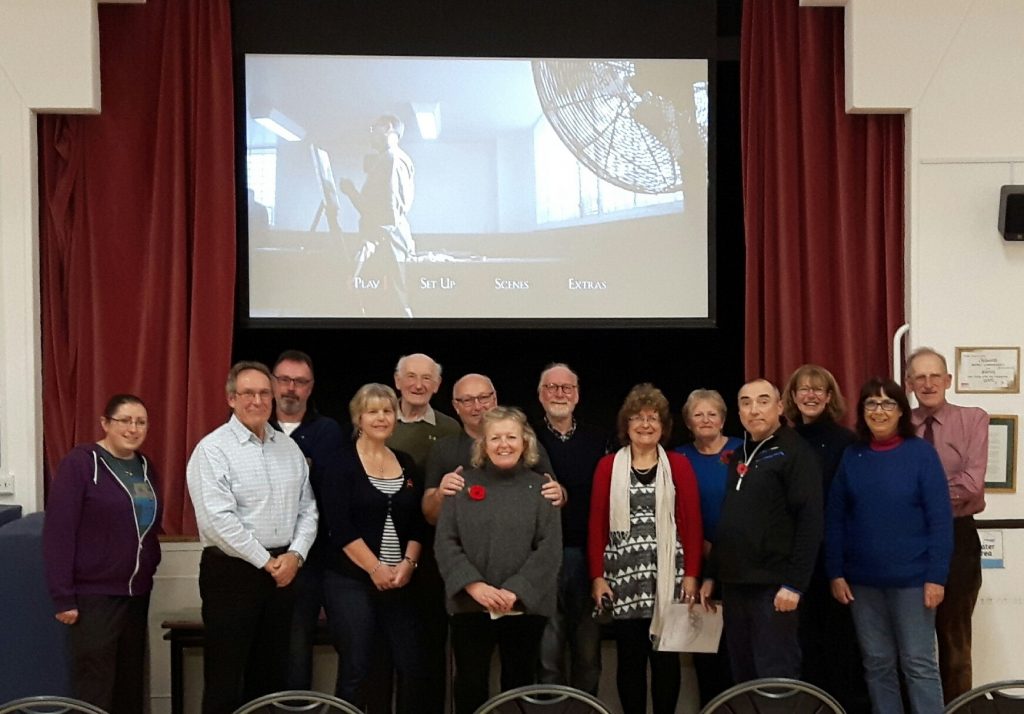 Anita Smithers, Funeral Arranger at James and Thomas Funeral Directors in Merrow Heights, has been bringing the community together by helping to organise a village cinema club in nearby Chilworth.

One Friday a month the village hall is transformed into a cinema, which has been made possible as the result of fundraising by Chilworth2gether.

Two classic films, Bridge of Spies and Miracle on 34th Street, have already been shown and those who attend can tuck into ice cream, beer, wine, or fruit juice which is sold before the film starts and during the interval.

Anita said: “The aim is to offer anyone in the village an easily accessible place to enjoy themselves with our local community, especially for those who may not be able to travel far, and it has definitely been well received with 40-45 people attending each screening.

We’re hoping to do a themed film night soon; suggestions so far are The Best Exotic Marigold Hotel with a curry or maybe The Sound of Music sing-along where everyone is encouraged to dress up.

My personal wish is to, next year, put on The Polar Express and the children come in their PJ’s and dressing gowns, bringing with them their golden ticket, and we’ll serve hot chocolate and marshmallows during the interval. I think it’ll be magical.”

Have you found what you are looking for today?

No rest for James and Barry