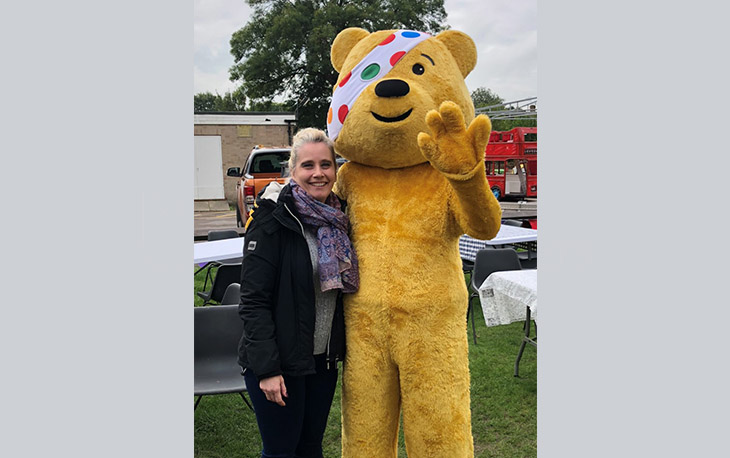 When Funeral Arranger Angela Collyer was approached by local resident and charitable champion Sheila Willis to ask if the Guildford branch could sponsor a local Rambling event she was only too happy to accept.

On behalf of James and Thomas Angela donated £250.00 to the ramble on 5th October 2019 which was used for refreshments and raffle prizes. In addition, Angela donated some of her time to run the raffle stall at Fairlands Community Hall.

A total of £1,925 was raised for Children In Need which funds amazing projects that help change the lives of disadvantaged children and young people all over the country.

BBC Countryfile were in attendance and filming will air w/c 10th October 2019 and Angela got to meet the one and only Pudsey Bear himself all the way from BBC Television Centre in London.

Have you found what you are looking for today?

Nothing Stops a Macmillan Coffee Morning!